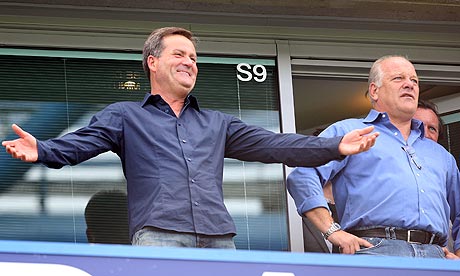 Richard Keys and Andy Gray were part of a Sky Sports culture which 'looked down' on women, claim insiders. Photograph: Mike Egerton/Empics Sport

The only surprise about the events leading to Andy Gray’s sacking as the most famous voice in football yesterday was that he had not made a similar gaffe in public before. That is the view of three women who have all held frontline roles at Sky Sports.

Fearing repercussions that could harm their careers if they were identified, the three spoke to the Guardian on condition of anonymity. But despite talking separately, their views echoed each other’s; each describing the bullying and sexist culture they feel Gray and his co-presenter, Richard Keys, have fostered.

One former Sky journalist said: “It came as absolutely no surprise to me to see this. The surprise is that we haven’t seen more. It’s the kind of language and vocabulary that is used within the Sky football department all the time.”

Another, who still works for Sky, said: “There are many stories of their shocking behaviour…